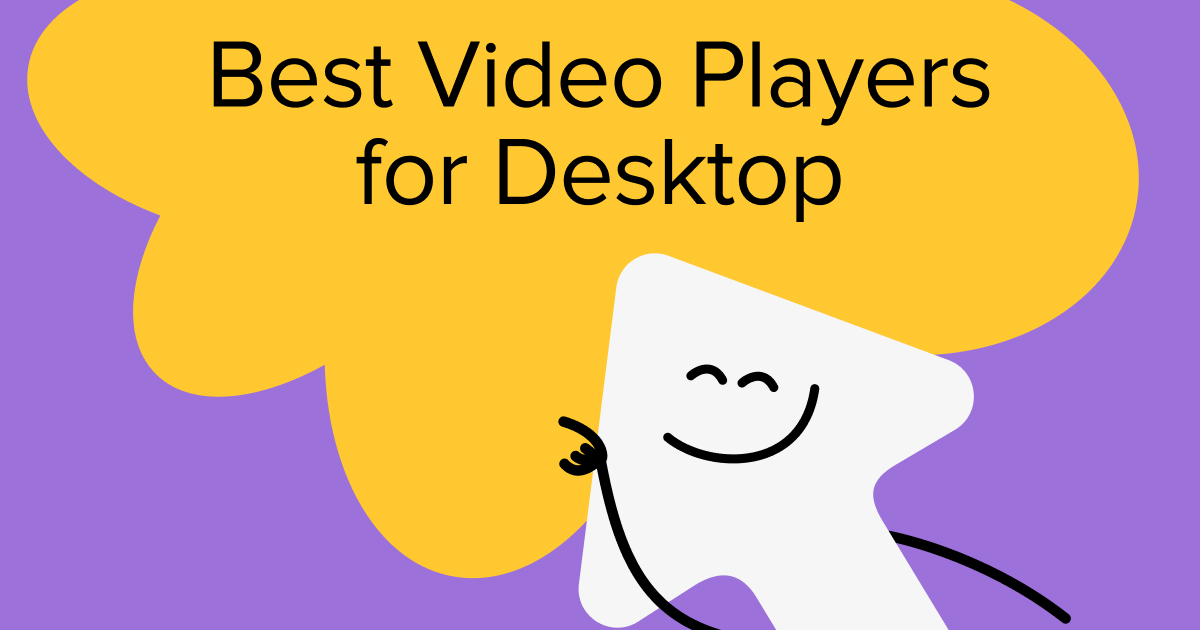 If you check your laptop or desktop computer right now, you’ll find an already pre-installed video player. However, this player might not be enough, for it simply may not be able to play a specific video format. This is a common issue that the video you want to play on your device cannot be actually played because of the system and format incompatibility.

If you’re facing this issue too, we’ve compiled these best desktop video players for Windows and Mac computers to play any video you’ve downloaded from YouTube, TikTok, Instagram, and other sources.

Let’s see which eight desktop players you can use on Windows and Mac computers.

This tool can play videos with 8K, 4K, Ultra HD Blu-ray, and H.265/HEVC playback. CyberLink PowerDVD 20 Ultra allows you to have a seamless playback experience on your PC, TV, Casting Devices, mobiles and tablets. In addition, it provides a cinema audio experience. All the media files can be easily shared with other people.

VLC is an open-source video player compatible with Windows, Mac, Ubuntu, Android, and iOS-run software. You can use the tool to play almost any multimedia file, including but not limited to audio CDs, VCDs, DVDs, 360-degree videos and 8K-resolution videos. It can play videos from discs, streams, and webcams.

The formats the player supports are MPEG-4, MPEG-2, MKV, WebM, FLV, MP3, and more. And as a cherry on top, it has the screenshot capturing functionality.

You can easily play 4K, UHD, and 360-degree videos with this solution. The player can automatically find and sync subtitles for the video that is being played. It supports multiple media formats, audio and video included. This media player can find codecs compatible with the Windows operating system, so the tool is a perfect solution for Windows PCs.

This software is perfect for 3D video playback, so if you’re looking for a solution to watch a 3D movie without losing its unique vibe, this player is right for you. But that’s not the only thing the tool can do. In general, it’s a decent desktop media player that is able to play videos of any format and supports different devices, including discs, HDTV, as well as streams. Some other features you might find useful are screen capturing, subtitle addition, and video editing.

This desktop video player is, in fact, an audio processing tool, but it’s equally good at playing videos. This software is different from all others on this list in a way that it can enhance the audio quality of any file you’re playing. This tool is perfect for playing audio files, such as music tracks and podcasts, as well as videos where audio quality is important.

This desktop video player is a perfect choice for those who want to enjoy their movies, TV shows, and videos in UHD and 4K. In addition, it has the ability to play 360-degree VR video files. The player has the AirPlay feature as well as DLNA, which enables you to stream content wirelessly and seamlessly.

This desktop video player can play videos DivX, AVI, and MKV video files in 4K. It ensures you can play the content in high quality, whether it’s an audio or a video file. What’s more, you can sync your video with Google Drive and Dropbox, as well as convert files into a plethora of formats.

This desktop video player is a free and open-source tool that can play media files of nearly every format. Besides, it can remember the settings you’ve previously chosen and stream videos from YouTube in resolution up to Full HD.

The player has a built-in codec that can encode and decode a digital stream. You also can change the speed of the video, use the player to play videos from DVDs, and adjust their volume. The desktop video player is compatible with Windows devices only.